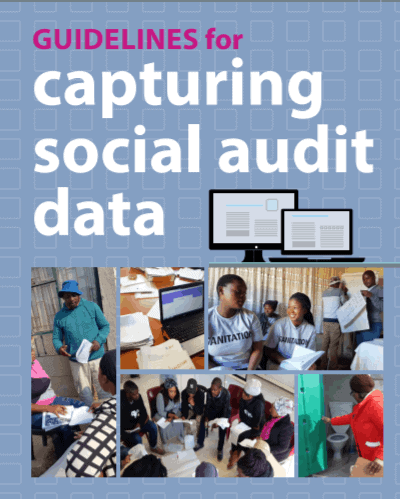 A key step in carrying out a social audit is the gathering of information from community members using a paper questionnaire. Once this process has been completed, all the data that has been collected using the questionnaires must be recorded or captured in one place. Capturing data or evidence is a critical part of the social audit process, because this allows a community to look at all the data that has been collected as a single body of evidence. Having all the data together will help a community to decide what the findings are, and what recommendations should be made based on the analysis of the findings – an essential step before a community talks to government.

This guide is designed to help social audit volunteers capture on a computer all the social audit data that have been collected on the paper social audit questionnaires. This guide shows how to capture answers in a way that will make it easy to use a computer program 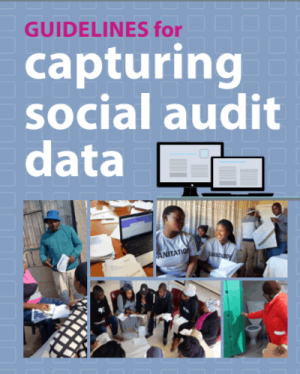 to then analyse the data to provide accurate, clear, and representative findings that can be used to engage with the government.

This paper presents brief overviews of innovative civil society and SAI practices adopted in six countries that were represented at an IBP audit conference in Manila that brought together representatives of civil society organizations and officials from public audit institutions. The overviews are followed by an analysis of the opportunities that are available for increasing collaboration between civil society organizations and national public audit institutions – as well as the challenges that these working relationships will generate. Finally, the paper discusses the steps that could be taken to mitigate these challenges and raise the profile and acceptance of participatory audit practices.

The “pork barrel system” of lump sum grants to members of the Philippines Congress to fund a list of community-based or small-scale infrastructure projects was revived during President Corazon Aquino’s administration and operated under a series of programs, most recently through the Priority Development Assistance Fund (PDAF). Two unrelated investigations in 2012, ­one by the National Bureau of Investigations (NBI) and the other by the Commission on Audit (CoA), shed light on the misuse of the PDAF by members of congress, government officials, and NGOs. The CoA report, together with testimony from a whistleblower, provided key information that resulted in the arrest of three high-ranking senators; the indictment of several members of congress, government officials, and NGO practitioners; and the Supreme Court’s declaration of the PDAF as unconstitutional.

This case study examines the impact of the CoA’s findings. 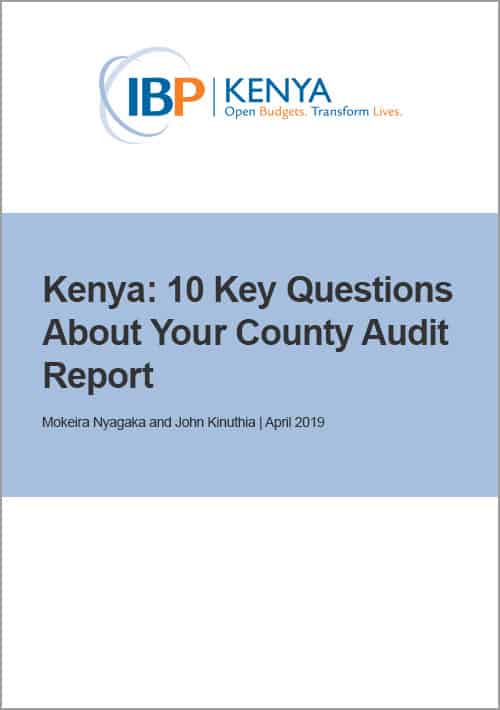 In Kenya, county Audit Reports give an independent evaluation on whether counties were prudent in their use of public resources and whether the public got value for the resources spent. In addition, the auditor looks into the internal financial controls in the counties and whether there are sufficient safeguards in place to protect public resources. This guide — part of a series of guides on how to read and understand different budget documents at the national and county level in Kenya — provides some structured questions that will help the public, civil society organizations, and other agencies read and understand Kenya county Audit Reports. 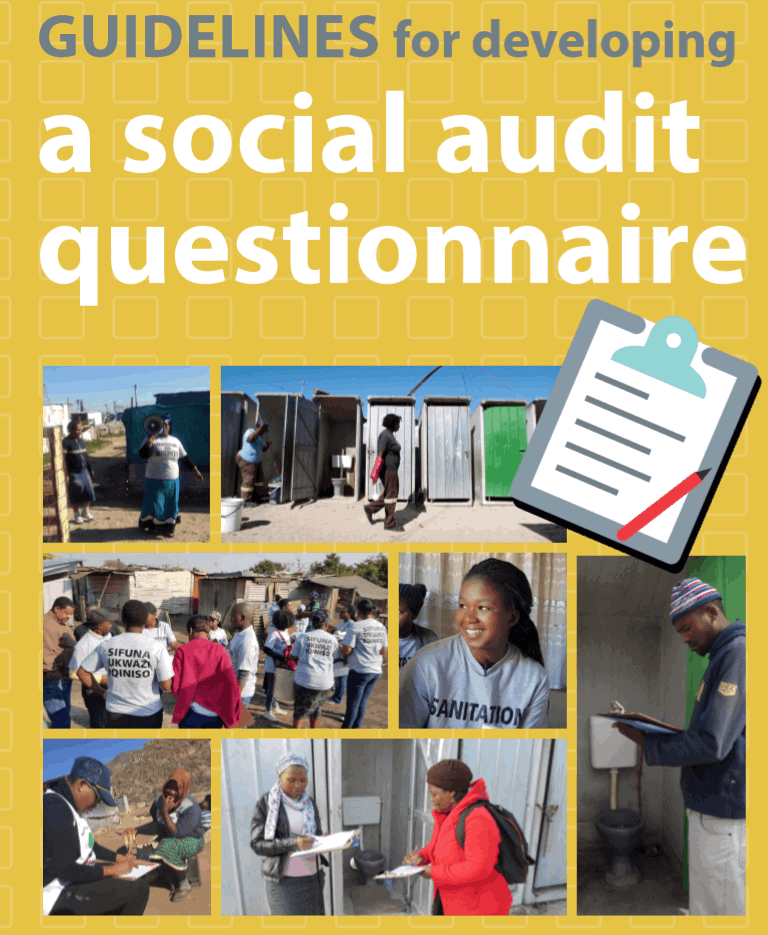 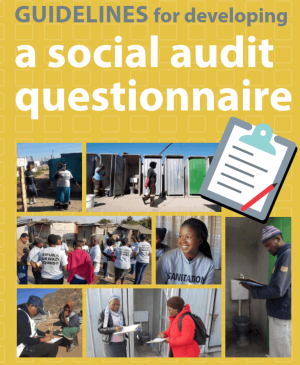 A social audit is a community-led process where residents compare the service they receive against what is stated in official government documents such as bid specifications, contracts and service delivery schedules. Evidence and experiences are collected, presented and then discussed with government officials.

These guidelines will help you develop a social audit questionnaire that will collect evidence or information that will be easy to capture and analyse, and will provide accurate and representative findings and recommendations that can be used to engage with government.